As an aspiring data scientist data is got to be your best friend. There are all kinds of data that you will encounter and probably already do encounter in your life. So how do you begin with such overwhelming data? This article on Basic Statistics for Data Science lets you of all the most basic statistic knowledge that you need to know before you can do anything with your data.

For you to be able to perform a thorough Exploratory Data Analysis, you need to make sure that you know the basic powers that statistics as a subject offers you.

So if you could be a freshman still going through a statistics course at college.

Or you could be a young professional in a business analyst position who is looking to quickly brush-up her statistics.

Here’s a quick-yet-detailed article on Basic Statistics for Data Science.

Why do Exploratory Data Analysis?

While some approaches don’t rely too much on doing Exploratory Data Analysis before getting into applying models, knowing what kind of dataset you have in front of you helps you to understand the outcome of models.,

Exploratory Data Analysis helps you exactly with that. It gives you the first impression about what your dataset is all about.

Not just that, exploratory data analysis may even help you in modifying the data to adapt to a certain characteristic of datasets that don’t fit with certain algorithms.

For example, some of these datasets have trouble with missing values, others have troubles with too many outliers [1], others need to be passed only numeric data matrices, and so forth.

For example, many techniques require a normal distribution of data and few to no outliers in order to produce very good outputs. In controlled experiments with few data points approaches like this are often applied.

Some Basic Statistics for Data Science

For Exploratory Data Analysis and to formalize it a little bit we’re going to explore first the most basic metrics you can find in statistics: mean, median, mode, quantiles and standard deviations. These basic statistics for data science will help you become endowed with all the ammunition you require to know more about your dataset.

This is the most basic statistics for data science. The arithmetic mean or average of a variable is simply the sum of the values that compose a numeric variable divided by the total number of items in that variable.

With the median, they both represent a centrality measure: they both try to point at the middle of data. Sometimes this value, or nearby values, can be the most frequent values, though not necessarily so – you must check these assumptions.

What’s also important is that arithmetic mean has a big disadvantage: it can be heavily distorted by outliers.

The median is the value in the middle of a sorted numeric variable.

That’s the value where, if we saw all numbers laid upon a continuous horizontal line, half of the observations lie to the left and the other half lie to the right.

This is simply the value that it’s observed the most. There can be one modal values: they are the most frequent data values.

We take the definition of the median and expand it a little further: whereas the median is the value that splits the data in half, the quantiles can split the data into a certain percentage.

In general, the X%th percentile (note this new term) is the point where X% of the data is below that value and (1 – X)% of the data points are over that value.

Standard deviation is a measure of deviations of data around the mean. It’s calculated by taking the square root of the variance, which is the average of the squared difference of each data point with respect to the mean. For example, take a look at the following graph.

This graph is an example of the concepts of variance and standard deviations.

Both of these graphs show the frequency of observations of a certain phenomenon (“y” axis, “Number per bin”) and the bins (“x” axis).

Both variables have the same average value, 100. But you can see that the red graph has a higher frequency of values around bins close to the average, while the blue one is the inverse case.

Why is this of any importance?

Thus, you can observe that the blue distribution has a higher standard deviation (SD in the chart) than the red one.

Given this definition, we can now start exploring the data.

When exploring data, graphs are your allies. They can test some of the early hypothesis you have about your data and can help you make findings that you wouldn’t otherwise find by just looking at raw data.

Some of the most used graphs for data exploration are:

You plot a numeric variable against another one to see if they follow any pattern among themselves. This is one of the fastest ways to visualize a bivariate correlation (that is, a correlation of two variables). 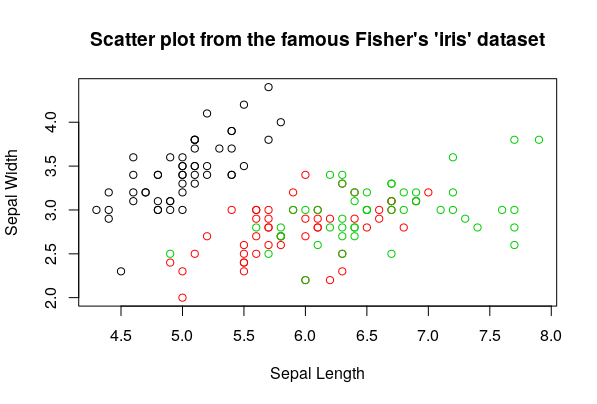 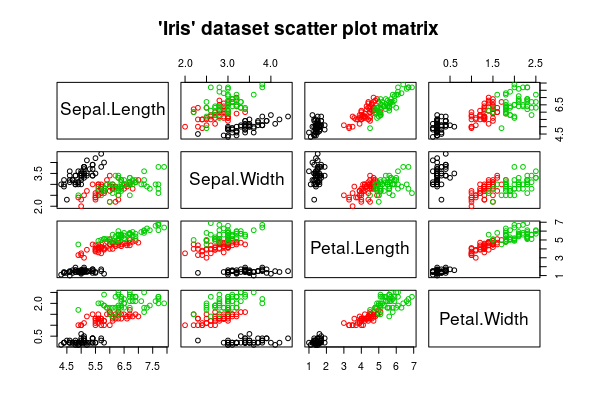 Great to see how the data is distributed (this is the frequency in which you observe the data in a certain range of the values of that variable ) and to detect univariate outliers.

Boxplots are great at this task, so it is often a quick, handy tool. 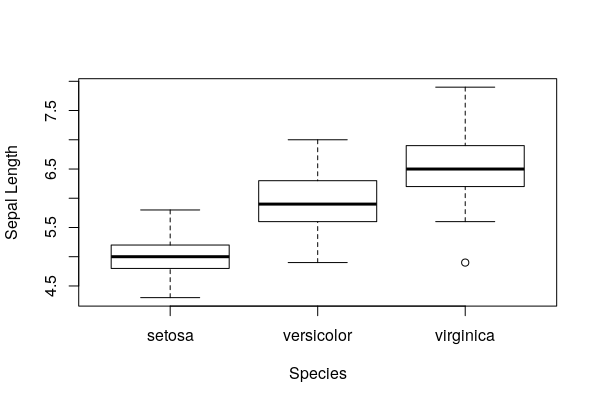 They are interpreted this way:

The dashed lines represent the “whiskers” – these kinds of plots are also named “box and whiskers” plot. They are represented, conventionally, by multiplying 1.5 to the 75% percentile up and to the 25% percentile down.

Any observations that lie beyond the whiskers are represented with a dot – these are typical outliers.

They show the count (frequency) of observations that fall within a certain range of a continuous, numeric variable. It’s also used to view the empirical distribution of the data being plotted, and, in some cases, it can be useful to detect groups of outliers too.

These are the simplest tools you’ll use time and time again, the foundations of data exploration.

With these Basic Statistics for Data Science, you can then apply different data mining and statistical methods for further investigation and apply new tests to validate the new hypothesis that may develop during the exploratory phase. With these newly found tools, we’ll see in the next article an applied example of the use these tools can have using the R programming language and a real dataset.

[1]     Outliers can be both nemesis or pure gold. As a general definition, outliers are values that are “really far” from the rest of the data. For example, suppose that you observe a variable that has values between 1 and 10, and then you see a 1,000,000. It’s super weird, depending on what that variable is that can be an error in the data or a possible and super interesting value 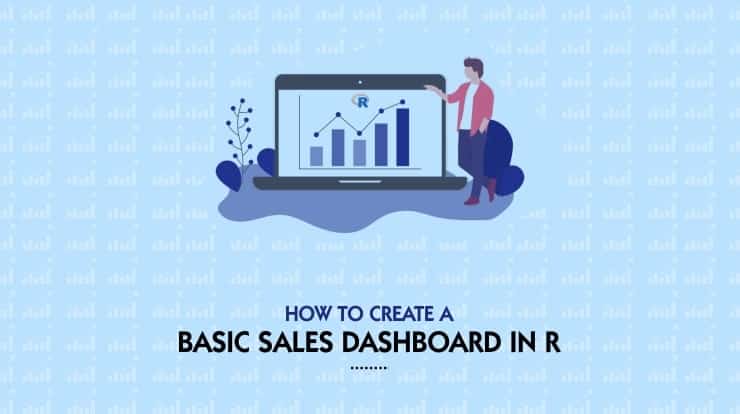 How to Create a Basic Sales Dashboard in R [with code] If you as a manager have tons of data with you and if you are wondering how to visualization that data, then let me tell you something. You can do much more with that data than just creating graphs and tables out of it. What you can create is web apps or dashboards in R. These interactive dashboards will give you lot of flexibility while crunching and presenting this data. Here's how to create sales dashboard in R. 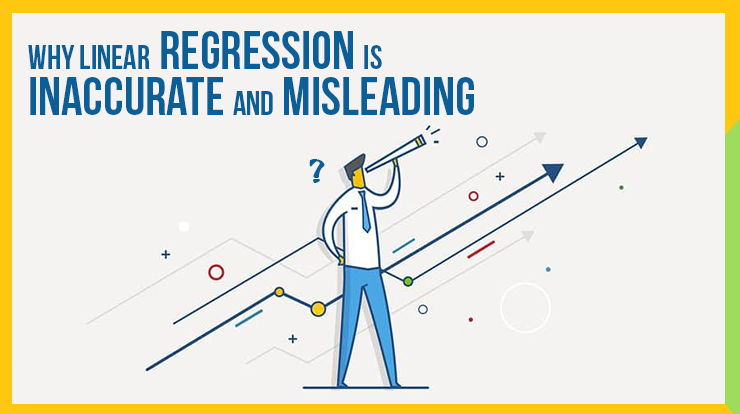 Linear Regression is inaccurate and misleading! Here’s why The first thing we learn in predictive modeling is linear regression. Linear Regression comes across as a potent tool to predict but is it a reliable model with real world data. Turns out that it is not. In this post I will take you through the Sales data set to demonstrate this fallacy. 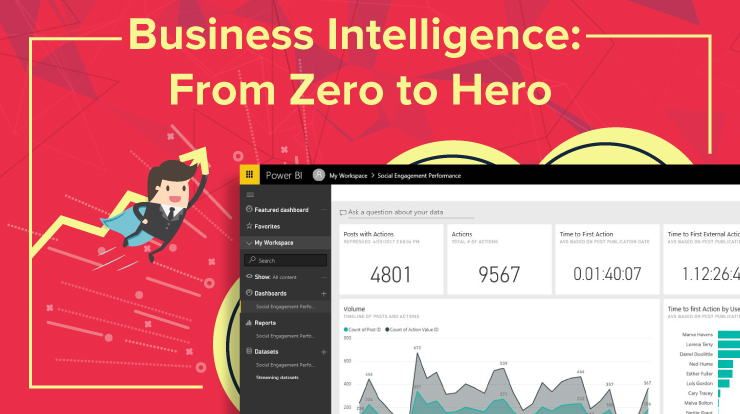 Beginner’s Guide: How to do Data Analysis 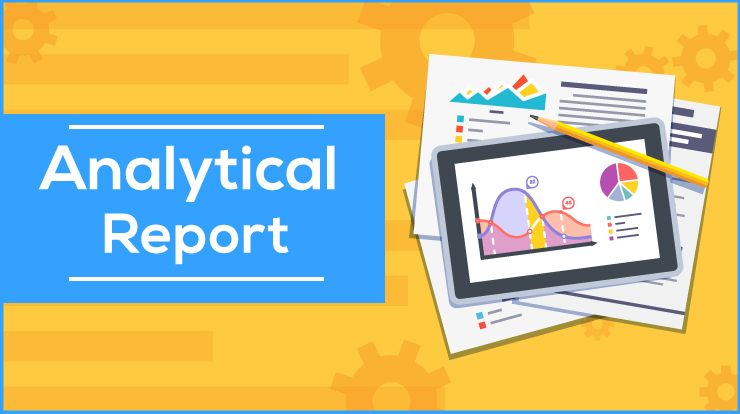 How to write a Data Analysis Report like a Pro 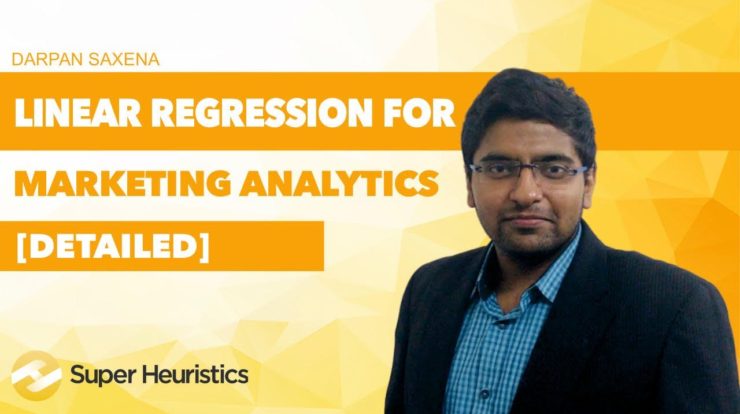 About the Author: Pablo Santoro

Economist. Data Scientist. Pablo works at one of the biggest public banks in Buenos Aires, Argentina, in the Business Intelligence function, applying data science, and statistics to studying their customers. Currently, Pablo is a student of the Master in Data Science at the University of Buenos Aires. He is driven by an increasing need for understanding the world we live in by studying the vast amount of data available.
Subscribe
Login
1 Comment
Oldest
Newest Most Voted
Inline Feedbacks
View all comments